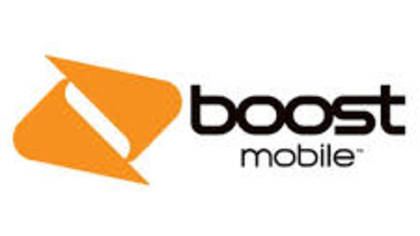 Boost Mobile is a service of Sprint PCS. If you have a Boost Wireless plan and have complaints or want to speak to a human about a problem, you’ve come to the right place. Wireless carriers like to claim they have the best service, but we think that the best measure of customer service is how easy it is to get a live representative on the phone. That is why we wanted to test how easy it is to get Boost Mobile Customer Service Live Person. See our step-by-step instructions below:

Phone Number: To get in touch with Boost Mobile Live Customer Service, call 866-402-7366. You can also email them at crboost@sprint.com.

Did it Work? Did our instructions work? If yes, GREAT! We hope they resolved your issue successfully. If no, tell us what happened. If you got to a live person using another method, please tell us how, so we can update our information. We are particularly interested in knowing if you found another number to call and speak to a human. Sometimes, wireless companies post several customer service numbers you can call – and some work better than others, so we want to provide all the numbers that work, so people with complaints about their service can get quick help without having to try phone numbers that do not get them to the right department.

I have been a Boost Mobile customer for about five months. For the past three days, I have gotten a signal on my phone that says (after trying to make a call): "Mobile Network Not Available." No matter what town I go into, I get the same result. So yesterday, I called one of the customer service numbers (the 866-402-7366 numbers from a PAY PHONE), but NO ONE ANSWERED, even though I let it ring for a few minutes. Today, I did the same thing from a pay phone but I tried both "customer service" numbers (the 866 402-7366 & 888-266-7848). In BOTH cases, there was no answer, even though I let the phone ring for several minutes. The customer service at Boost Mobile is about as bad as it gets. Never mind I have NO reception inside my apartment--I have to step outside to make phone calls. I have had NO phone service for three days, and texts? They just swirl around in my phone NOT sent, however. So my review? ZERO STARS.

Nov 17, 2018 Thomas Petrie
0 5 0
I have been a Boost Mobile customer for about five months. For the past three days, I have gotten a signal on my phone that says (after trying to make a call): "Mobile Network Not Available." No...... (Read More)

About 2 weeks ago both my husband and myself started having issues with our phones. We live in kind of a rural area and the service has always worked for the most part. We’ve always had a LTE signal just with not great signal strength. We’ve had no problems prior making or receiving calls, we’ve always been able to send texts and sometimes with a picture in the text and we’ve always been able to use our hotspot to connect our Roku, laptops and other devices without any problems at all. If we go 5 miles into town we get a LTE signal and it’s even stronger as we get into the larger cities. In order for us to be able to make a phone call sometimes and maybe receive calls and that’s still only periodically, we’ve had to ask our neighbor if we could use his WiFi and pay half of his bill. We’ve never really needed WiFi before because we have our hotspots. Even though we are using the neighbors WiFi if we turn our hotspot on it drops the WiFi connection and we go back to a 3G connection then drops down to a 1X connection. We both have the iPhone 8 except mine is the Plus. We were with AT&T prior to switching to Boost and up until the last few weeks I have been very satisfied with the service and the amount of money we had been saving on phone service. I cannot get a live person on the phone and the automated system told me to hang up and call from another phone. The only other phone I have access to is my husbands and he’s having the same issues. When I’ve described the situation to others it seems as if your company has lost a cell tower for this area or you’re having other problems in this area. We paid cash for both of our iPhones because we had only been with Boost about a month and we decided that we wanted iPhones. We download all the IOS software when it becomes available and prior experience with the iPhone let’s me be aware that these phones will last forever as long as they’re taken care of. We live just outside of Grandview Texas 76050 and I really would appreciate this being handled expediently and professionally. I am unable to work so I am available anytime during y’all’s business hours or until 7:00 pm PST. Thank you in advance for regarding this issue with utmost urgency. If I’m paying to use my neighbors WiFi then why should I continue paying a phone bill. If this matter is not addressed sooner than later I will be looking for another provider and I really don’t want to have to do that. Sincerely, Adrienne C Ginn

Cannot get service at our home.

Jul 30, 2019 Adrienne Ginn
0 5 1.5
About 2 weeks ago both my husband and myself started having issues with our phones. We live in kind of a rural area and the service has always worked for the most part. We’ve always had a LTE sig...... (Read More)